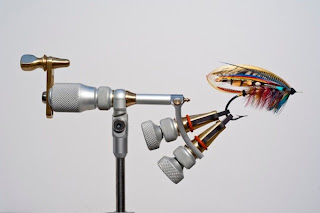 I saw this vice on line. Looks very interesting. The vice comes with one or two hook clamps. Information about the vice is at www.artisticflies.com.
Posted by ityeflies.com at 5:31 PM No comments: 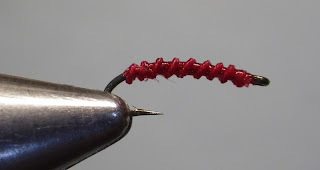 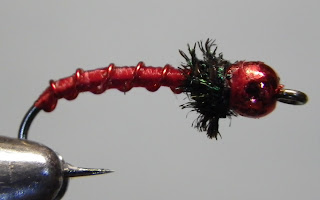 Another must have for stillwater. Must be in small sizes.  I call 'em the, "The Other Red Meat."
Posted by ityeflies.com at 3:22 PM No comments: 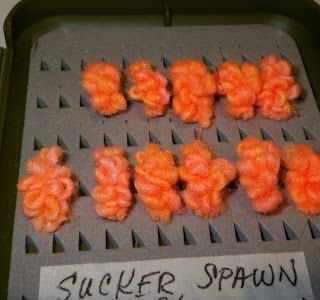 According to Rod McGarry, the best early season fly. He's an expert. I will have some on hand when winter breaks up.
Posted by ityeflies.com at 3:14 PM No comments:


Dr. Danie Erasmus tyes some nice flies. Check out his website at www.princegeorgeflyfisher.com.
Posted by ityeflies.com at 10:46 PM No comments:

Whiting Farms and other producers of hackle feathers are reporting a scarcity of certain tying feathers. Why you ask? Apparently the new skank fad is to put feathers in your hair as some kind of accessory. I say that is an ugly skank look. Hair dressers have created such a demand that the price for tying feathers is way up and production cannot match demand. Great, I can't wait for that fad to die out so I can once again afford fly tying feathers.
Posted by ityeflies.com at 10:47 PM 1 comment:

Richard W. Talleur November 20, 1931 –  February 18, 2011
Richard W. Talleur passed on Friday February 18, 2011, after a brief illness.  Originally from Clinton Corners, NY, Dick enjoyed a long career with AT&T.  After retiring from AT&T, Dick took his favorite hobby and first love, and made it his life.  Dick was an accomplished fly tier and fisherman, and a well-known and respected author of several books on fishing and fly-tying.   Dick loved his sport and, with his many friends, supported the continuation of fly fishing and the practice of catch and release.
Dick is predeceased by his parents Richard B. Talleur and Dorothy Carner Talleur Wollenhaupt; and by his son William D. Talleur.  He is survived by his wife Vera A. Talleur, his step-son Yuri Y. Kovalenko, his sister Carolyn A. Lawatsch of Pompano Beach, FL, his brother David C. Talleur and wife Denise of Midway, GA, and several cousins, nieces and nephews.
There will be a Memorial Service at the McMillian-Small Funeral Home, Highway 17 Bypass at 67th Ave, Myrtle Beach, SC (843-449-3369), on Tuesday February 22, 2011.  The family will receive guests at the Funeral Home starting at  3:30pm, followed by a Celebration of his Life service beginning at 5:00 pm.   At a later date, in a private family ceremony, Dick’s ashes will be dispersed in a place of his choosing.
Dick would have appreciated any donations, in lieu of flowers, be made to HEIFER INTERNATIONAL, or to a Charity of your choice in his name. Please also sign the McMillian-Small Funeral Home guestbook at www.msfh.net.
Posted by ityeflies.com at 4:28 PM No comments:

The 14th Annual Northeast Hunting & Fishing Expo will be at the Connecticut Convention Center (Exit 29a off 191) February 18-20th.
Posted by ityeflies.com at 8:23 AM No comments:


Check out Rick Harding's awesome photography at http://www.theflyfishinglife.com/.
Posted by ityeflies.com at 10:54 PM No comments: 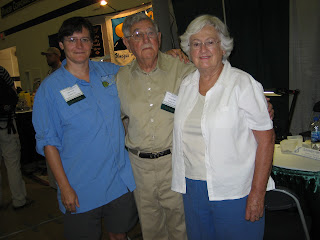 This was Syl, Hazel, his wife, and I at the 2007 Federation of Fly Fishers Conclave in Livingston, MT. As I recall, we had a few laughs that day.
Posted by ityeflies.com at 12:19 AM No comments:

Sylvester Nemes, champion of the wet fly and author of the classic The Soft-Hackled Fly and Tiny Soft Hackles: A Trout Fisherman's Guide (updated and revised in 2006), died on February 3, the Bozeman Chronicle reported yesterday. As we noted two years ago in our review of The Soft-Hackled Fly, Nemes "helped create a resurgence in what many fly fishers had dismissed as an arcane method of tying and presenting flies. Prior to this book, soft-hackles had lost favor to the more 'scientific' imitations of dry flies and nymphs. Now few trout shops don't offer at least a few 'spiders,' 'wingless wets' or 'soft-hackle emergers.'"

"Nemes, predictably, [was] a purist. (He once responded to someone who asked 'Do you ever tie your flies as beadheads?' with 'Why don't you just get a spinning rod?') But he demonstrates that all the careful attention to color, materials, and tying techniques that are so important to dry flies and nymphs matter just as much in what looks to be the very simple construction of soft hackles. Soft-hackles, you might say, are only as simple as you want them to be."
Posted by ityeflies.com at 5:31 PM No comments: 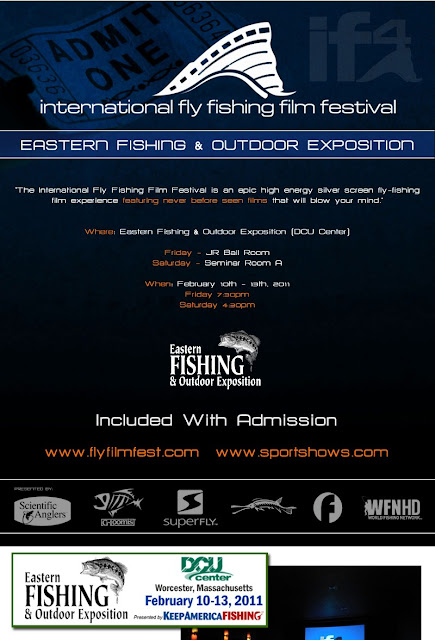 Posted by ityeflies.com at 6:29 PM No comments:

Check out the info at http://www.sportshows.com/. See you there at the United Fly Tyers Booth.
Posted by ityeflies.com at 12:38 AM No comments:

Another Good Fly For Trout

You have to love this fly: Egg Puking Leach. I like the idea of a woolly bugger vomiting eggs! Priceless.
Posted by ityeflies.com at 1:06 AM No comments: 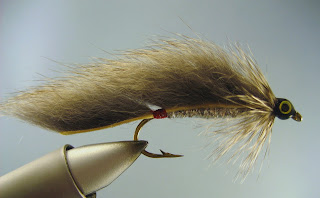 Cast some big meat for early season action.
Posted by ityeflies.com at 12:59 AM No comments:

Maneeley's, Saturday, February 5, 2011
65 Rye St., S. Windsor, CT 06074
Expo - 9am to 3pm
$1.00 admission for adults, children 16 years and younger - free
Featuring fly fishing shops, dealers and fly  fishing programs and clinics.
Social Hour - 6pm to 7pm
Dinner - 7pm to 11pm, $40.00 per person
Lefty's banquet program will be, "Taking Great Pictures with your Digital Camera". Lefty is a professional photographer and will have some outstanding tips on how to take better pictures. 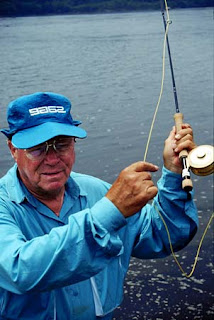 Posted by ityeflies.com at 12:42 AM No comments: