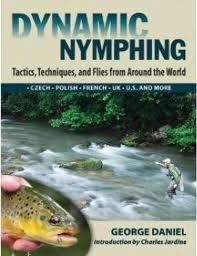 Another great book hits the market. Having been on Fly Fishing Team USA with George, I know him to be one of the best anglers I have ever seen on the river. This book is chocked full of great information. George is a great guy too.
Posted by ityeflies.com at 10:31 PM No comments:

Trout About On The Deerfield

Got into a lot of fish with guide Eric Gass on the Deerfield.
Posted by ityeflies.com at 12:39 AM No comments: 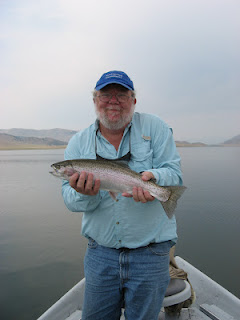 Charlie Place
Posted by ityeflies.com at 6:53 PM No comments:

Cabela's and Federation of Fly Fishers Team Up

Cabela's® Prepares to Cast New Fly Fishing Initiative
Cabela's Incorporated, along with the Federation of Fly Fishers, announces plans to offer industry-leading instruction for beginning fly anglers at 13 Cabela's retail locations - and online - starting in May. The new Cabela's Fly Fishing University will include in-store classes hosted by experienced Cabela's Outfitters, who will be trained by FFF instructors, as well as a series of online modules ranging in topics and depth.
Posted by ityeflies.com at 10:28 PM No comments: 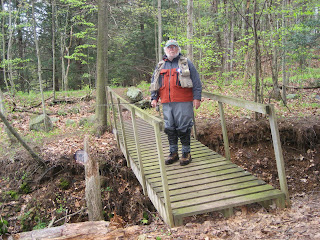 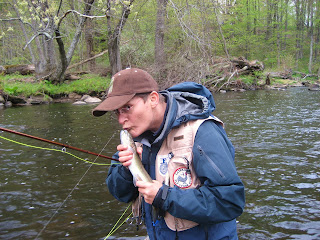 Snapped this photo of Charlie a few years ago. We were fishing on the Willamantic River. I remember Charlie really encouraging me to keep on a feisty rainbow. The result was kissing a fish. That was a fun day.

Posted by ityeflies.com at 12:44 AM No comments:

In today's Hartford Courant:
Charles S. Place of Windsor Locks, formerly of East Hartford, died peacefully Sunday (April 1, 2012) at St. Francis Hospital with his loving wife by his side. He was born February 18, 1947, in Colchester, Vermont, the son of Helen (Towle) Place and the late Stanley Place. He graduated from East Hartford High School and served his country in the U. S. Air Force. After 38 years, he retired from Pratt and Whitney Aircraft in 2008. An avid fly fisherman, he loved to spend his time in the rivers and streams of North America, as well as the Atlantic and Caribbean Oceans. He was president of the Connecticut Fly Fishermen's Association from 1995-2000. A published outdoor writer, he spent countless hours writing and reliving his adventures with his many fishing buddies. The New England Outdoor Writers Association awarded him 1st place in Best Magazine Column in 2004. He wrote a monthly column for "On the Water" magazine for many years entitled "On the Fly." He leaves his devoted wife of 42 years, Kathleen (Norton) Place and two loving daughters, Jennifer Place Hogan of Windsor Locks and Kathryn Place of Suffield; four loving grandchildren, Nicholas, Cormac, Maeve and Nuala Hogan. He leaves his mother Helen (Towle) Place of Windsor Locks; his sister Sharon (Place) Marziale, her husband Lawrence of Windsor, and their children, Michael Marziale of Sarasota, FL and Christina Marziale of Greenbelt, MD; stepmother Lynda Place of Putney, VT; stepsister Lynda Sillner of Keene, NH and stepbrother Eric Hinkle of Putney,VT. Charles is also survived by his uncle Bruce Towle and wife Karen of Hinsdale, NH; sisters-in-law Madlyn (Norton) Brink of San Antonio, and her fiancé Donald Gray; Martha (Norton) O'Connor of Windsor Locks; many nieces, nephews, cousins, great nieces, and a grand niece. He was predeceased by his nephew Peter Stath.
Calling hours will be Friday, April 6th at the Carmon Poquonock Funeral Home, 1816 Poquonock Ave., Poquonock section of Windsor from 10 a.m. - 1 p.m. In lieu of flowers, donations may be made and sent to Windsor Locks High School (W.L.H.S.) Charles Place Outdoorsman Award, 58 South Elm Street, Windsor Locks, CT 06096. For online condolences, please visit www.carmonfuneralhome.com.
Posted by ityeflies.com at 12:25 AM No comments: