FFF/NEC is one of the sponsors of a new Fly Fishing Camp for Teens scheduled for Vermont in late June. A dozen youths will enjoy 4 days being initiated into the wonderful world of fly fishing for trout at Vermont's oldest sporting lodge. This is a cooperative venture between TU/FFFNEC, and a host of sponsors including Patagonia, and others. It is taking place near 3 ponds that have massive Hex hatches, caddis and stoneflies will be hatching in profusion, on the local streams and the UC (Upper CT river), and the sulphurs should be starting to appear. The program needs flies - Please consider a contribution, and bring them to the board meeting. Questions or have a youth between the ages of 13-15 you'd like to send? contact alanerdossy@gmail.com
Posted by ityeflies.com at 1:24 AM No comments: 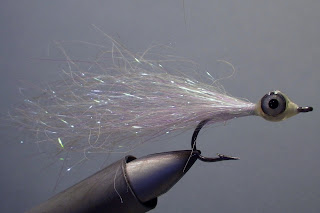 Sometimes the more sparsely tyed flies bring better results. Do you think that Americans over-dress their flies﻿?
Posted by ityeflies.com at 12:26 AM No comments: 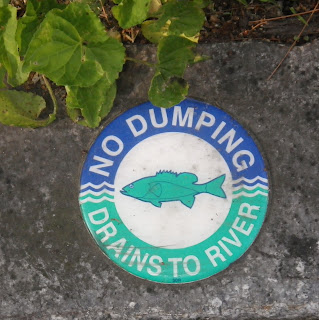 Keeping water clean starts with one person doing one thing to help.
Posted by ityeflies.com at 12:17 AM No comments: 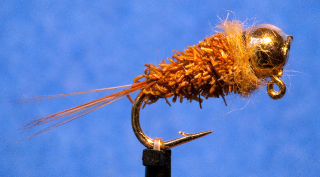 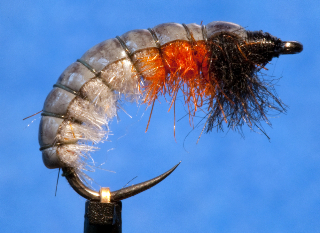 Nice bugs by Paul Salmon.
Posted by ityeflies.com at 2:42 PM No comments:

Word on the street has it that Kaufman's Streamborn, a fly fishing retail fixture for over 40 years in Washington and Oregon, has shuttered it's doors.
Posted by ityeflies.com at 1:44 AM No comments: 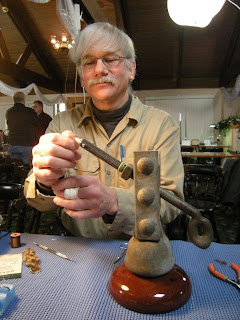 Every year Ed Engelman displays his latest vise creation at the Catskill Guild Tyers Rendezvous. This is his 2011 edition. Thanks Ed.
Posted by ityeflies.com at 1:14 AM No comments:

Billy Pate the legendary salt water angler has died at the age of 80. He died of Alzheimer's disease.  Pate, at one time, held the world record for the largest tarpon caught on fly rod . It was a 188-pounder on 16-pound tippet  in 1982. He also was the first angler to catch all six of the world’s bill-fish species on fly rod.
Posted by ityeflies.com at 1:00 AM No comments: 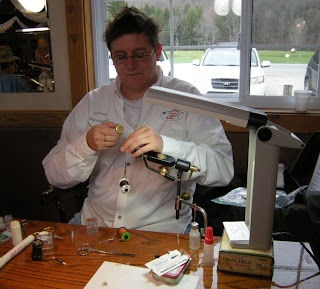 A big thanks to the tyers. It was a great event. Y'all come back next year!
Posted by ityeflies.com at 1:10 AM No comments:

American bird-skin-thief, Edwin Rist, has been sentenced. The hammer fell and it is a 12-month suspended sentence. Too bad it wasn't a British gaol.

As you may recall, young Edwin was arrested on November 12, 2010, accused of stealing several hundred rare bird skins from a British museum. He peddled the skins and feathers to gain money to put towards his studies and to buy a new flute. "One time, at band camp..."

He separated many of the bird skins, or feathers from them, and sold them on to other fly-tiers. A fly-tier alerted the police after he saw the media appeals and became suspicious when he was offered the skins for sale. Following the arrest and charge, a number of people around the world came forward with specimens they had unwittingly purchased from Rist and wanted to return. So far, 191 intact birds have been recovered, but only 101 still retain their labels, which are critical scientifically. Parts, such as feathers, have also been recovered from an estimated 31 further birds.
Posted by ityeflies.com at 1:24 AM No comments:

The Tenth Annual Catskill Fly Tyers Guild Fly Tyers Rendezvous is this coming weekend on April 16 at the Rockland House in Roscoe, NY. The gathering will be from 10am - 3pm with a reception afterwards at 4pm at the Catskill Fly Fishing Center & Museum.
Posted by ityeflies.com at 10:00 PM No comments:

One Final Port To Check Out 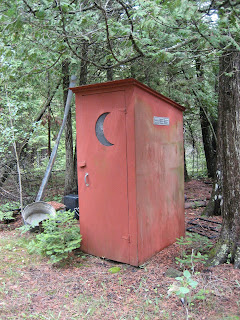 Send in your favorite out house photos for entry into this fine compendium of commodes.
Posted by ityeflies.com at 10:05 PM No comments:

Other Ports In A Storm 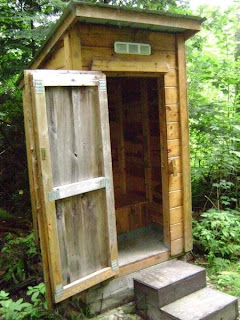 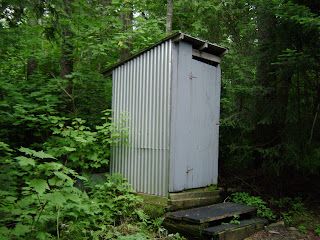 Sent in by Charlie Place. Thanks.
Posted by ityeflies.com at 1:57 PM No comments:

Any Port In A Storm 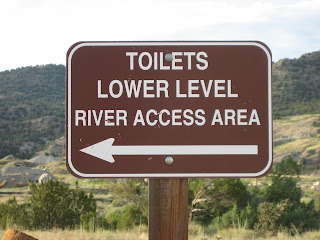 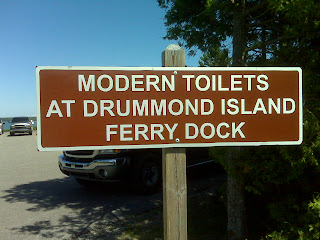 Posted by ityeflies.com at 12:36 AM No comments: 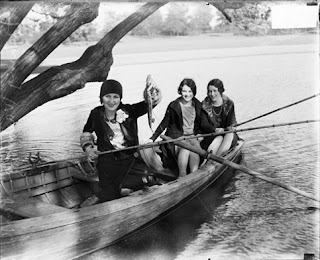 The ladies and I were out on the lake today. That's me in the back of the boat.  As many of you know, I always wear pearls when I fish.
Posted by ityeflies.com at 12:16 AM No comments:

The Thomas & Thomas Rodmakers, Inc. has been sold yet again. Gerry Metcalfe sold the T & T brand, machinery, inventory and all other assets, including the facilities in Greenfield, MA. Mark Richens purchased the company and rodmaking will again be on the forefront after T & T has battled several years of financial woe.
Posted by ityeflies.com at 9:01 AM No comments: 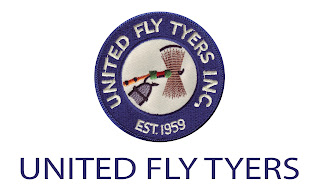 United Fly Tyers will hold the final club meeting of the year on Thursday, April 7, 2011. It will be a tyers night with a blowout bucket raffle. For information and directions go to www.unitedflytyers.org.
Posted by ityeflies.com at 2:27 AM No comments:

The Delaware River has been designated a “Great Water,” joining 18 other waterways nationwide selected for that honor by a national coalition formed to protect waterways of high economic, social and environmental importance.
The America’s Great Waters Coalition, based in Washington, D.C., announced its 2011 selections last week. The coalition was formed in 2009 to advocate for the restoration and protection of lakes, bays, rivers and marshes that are rich in natural resources and have a significant impact on their surrounding regions.
The Delaware River is the longest un-dammed river east of the Mississippi, flowing for 330 miles from Hancock, N.Y. to the Delaware Bay, where it empties into the Atlantic Ocean. More than 15 million people in four states depend on the river’s water for drinking, agricultural and industrial use. The Delaware includes natural wonders -- three stretches along its course are included in the National Wild and Scenic Rivers program – and important commercial assets.
Besides the Delaware, eight other Great Waters were named by the Coalition on March 22, World Water Day. They are: the New York/New Jersey Harbor, Albemarle Pamlico Sound, Colorado River, Galveston Bay, Missouri River, Narragansett Bay, Ohio River and the Rio Grande. While the Great Waters vary in geographic location and physical characteristics, they are plagued by similar problems such as toxic pollution, altered water flows, habitat loss, and destructive invasive species.
The Delaware additionally faces new threats from hydraulic drilling for natural gas, a controversial process known as fracking. Other conservation advocates focused on the significance of the river to wildlife, including threatened and endangered species.
Posted by ityeflies.com at 1:37 AM No comments:

Competition Series Hooks
Made in the Czech Republic

Competition fly anglers continuously create and master new techniques to increase their efficiency on the water. When every landed fish counts, the hooking and holding ability of their fly offerings demands a style of unique high performance hooks. With the Competition Series, Umpqua offers the very models the best fly fishermen in the world use and trust. Designed in cooperation with individual and team world champions, these high carbon steel fly hooks have large gapes for superior hooking, black nickel finish for increased stealth, barbless extra-long needlepoints to hold fish with minimal impact. Competition Series: hook more/land more, just like the Pros!
Posted by ityeflies.com at 2:54 AM No comments: